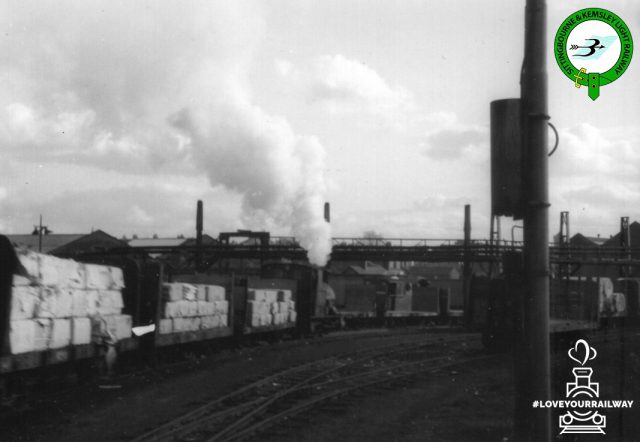 This week to celebrate #Heritage week as part of the #LoveYourRailway campaign we are looking at the origin of the Railway – it was built to move raw materials and finished paper around the paper mill at Sittingbourne. Steam engines arrived in 1905 and the line was extended to Ridham Dock in 1919. Kemsley Paper Mill opened in 1924 and the railway was expanded to serve that too.

It is one of a few remaining operational 2ft 6in gauge (the space between the rails) in the UK.

A highlight of the journey is travelling over the century-old Milton Regis Viaduct which carries the railway over the streets towards Milton Creek Country Park.

A train of pulp arrives at Sittingbourne Exchange Sidings, now Sittingbourne Viaduct station, from Ridham Dock. The locomotive is one of the original three Kerr, Stuart locos – Premier, Leader or Excelsior.