It’s the penultimate Work Weekend before the start of the season, next month.

11th – 1pm the Railway’s press officer, Paul Best, will be interviewed by Tony Weaver live on 106.9 SFM, the community radio station for Sittingbourne – you can hear it live on 106.9FM in the Sittingbourne area or via sfmradio.com or on TuneIn Radio

14th – Work Weekend – the focus is on Sittingbourne Viaduct – there’s a lot of work to be carried out at Sittingbourne Viaduct, from gardening to step and fence repairs, we will be there from 9.50am until 4pm. There will also be a Works Train to Kemsley Down which departs at 10am and returns at about 4.15pm.

15th – Work Weekend – there’s a lot still to be carried out at Kemsley Down too so we will be working there, a Works Train will be departing Sittingbourne Viaduct at 10am and returning there to arrive at about 4.15pm.

This month’s other important dates:

28th – South East Bus Festival – the Away Sales Team will be promoting the Railway at this event at Kent Showground, Detling

The Railway reopens for the 2015 Season on Good Friday, 3rd April 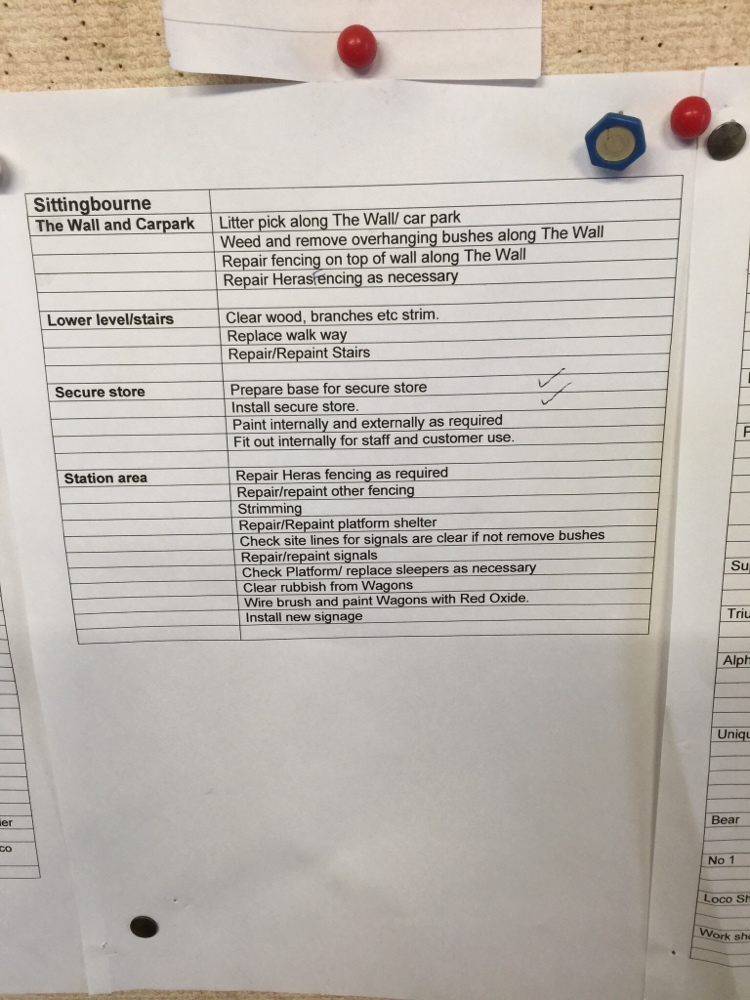